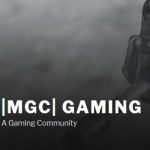 Due to the 'take over' feature, there have been players hogging the servers of late. This has made it unfair for many players that play on the servers so something had to be done.

As it is a feature of the game (maybe unwisely added by the devs) we have made a compromise and decided on the following:

Theme by Anders Noren — Up ↑